Title: Thomas Perry A String of Beads January 2015
Publisher: Mysterious Press/ Grove-Atlantic
400pp.
Genre: thriller, mystery, Jane Whitefield series, number 8
4.5 Stars ****
Author: Thomas Perry is an award winning mystery writer. His first novel The Butcher’s Boy won the Edgar for Best first Novel in 1983. He won a Gumshoe Award for Best Mystery in 2002 (Pursuit). Metzer’s Dog, a favourite of mine, was listed as one of the 100 Killer Thrillers by NPR. I am delighted he is still writing about Jane Whitefield, having started with Vanishing Act in 1995. This critically acclaimed series was voted one of the 100 Favorite Mysteries of the Century by Independent Booksellers Assoc. If you haven’t read this series, start here, now! Then Dance for the Dead (1996), Shadow Woman (1997) Face-Changers (1998), Blood Money (1999), Runner (2009) and Poison Flower (2012). He is always looking for ways to develop her character, not just create new villans as the series ages. Perry likes to read Lawrence Block, Donald Westlake, Joe Gores, The Atlantic and The New Yorker. He has a BA from Cornell and Phd in English Literature from URochester, NY and has written 23 mystery/thrillers as well as television (Star Trek, the Next Generation, etc).
Story line:
Jane is older now, married to surgeon Carey McKinnon and living their upscale life in upstate NY. This is the life that makes the other worth fighting for. Her Seneca heritage (history, beliefs, customs) is also central to her and these books. I find it informative, fascinating and appreciate all the detail and thought process Perry provides. There is constant tension. She is always alert, aware and prepared in case her past finds her or her loved ones. Jane Whitefield has a secret career of creating new lives for people who need to disappear: a private witness protection program that works.
This time, Jane is asked by the Seneca tribe to find a childhood friend, before he is killed or worse. She cannot say no, although she is still recovering herself. Every ‘mission’ is an added threat to her own life. Jimmy Sanders is unjustly accused of murder and Jane needs to find him and solve the mystery, this time so Jimmy can lead a normal life, not remain in hiding.
Jane is a strong female protagonist. She is unique, intelligent and generous. I would love to know her, but hope never to need her. This is another compelling read, well crafted and written with unexpected twists and complex treachery. Perry has a deliberate, analytical style that often makes for a powerful read. While others tell you that they can be read in any order, I find the maturation and character development to be marked and important. Jane in Vanishing Act is not the same as the woman in String of Beads. Each story reveals a little more of her strengths, weaknesses, and character. This one provides interesting details of her childhood. I love the balance her marriage has added.
The string of beads of the title represent a Seneca contract.
I cannot believe that his books have not been made into movies.
Read on:
If you like Harlan Coben, John Sandford, Michael Connolly
Quotes:
Jane seldom ran the same route two days in a row. She never permitted a pattern to develop or ran a predicable pace on a predictable day.
All at once she realized who had come and it made her knees feel weak. This was a visit from the eight clan mothers.
Life was usually quiet for Jane McKinnon, much of it taken up by various kinds of volunteer work, benefits and fund-raising for the hospital….
You must have amputated a few wallets while I was away….It’s the only way I can get my patients to lose weight.
If you have enough time alone with your feelings, they start to separate out like ingredients in a suspension, and you can identify their properties. Anger wasn’t the biggest part. Worrying about you was the biggest, and missing you was most of what was left.

Read as an ARC from Netgalley
Published on Friends of the Rochester Public Library WordPress blog, Celtreads.blogspot, Amazon and Goodreads, facebook 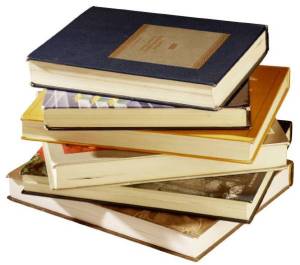 Book of the Moment by Helen McIver

Thomas Perry is an award winning crime writer (see especially Metzer’s Dog). He has a Phd in English, and news to me, is a producer of primetime network television (21 Jump Street, Star Trek: next generation, etc). His novel The Butcher’s Boy, which won the Edgar in 1983 for best first novel, was truly disturbing to me, where the nice man living next door can actually be a ruthless assassin. I have never looked at my neighbours in quite the same way. That series includes Sleeping Dogs and the Informant and kept me awake into the small hours of the night, with all the lights on. This time, in The Boyfriend, we have an ex LAPD well respected homicide detective, now PI, as a thinking protagonist. I never felt that Jack Till would be killed, but I was on the edge of my seat in the action packed rather brutal ride. He is tracking a serial killer, whose victims are all strawberry blondes, but who also happen to be in the high end call girl profession. The secret agenda provides another race against time. The concise writing and detail on each story level is all too real/plausible/possible and quite depressing, but adds to the credibility. Yes, I read it on one sitting, well into the early hours, heart in throat, wondering how it was going to end. In fact, it ended too abruptly for me! Dare I hope he will write a sequel?

Of note: If you haven’t read the Jane Whitefield series by Thomas Perry, start at the beginning! I thoroughly enjoyed the initial series, which was very inovative, creative and fascinating. The last novel Poison Flower was a return to his best writing.

Read as an ARC, pre-order on Kindle or ask your library to purchase this (they have most of the rest!)