You will recognize this great team of MN CRIME WRITERS! Join us in the Library Auditorium on Sunday November 6th for a brilliant literary afternoon (with amazing cookies from Library staff!)

Looking for something to do this coming Sunday?
How about attending the Minnesota Crime Wave – especially you Mystery Crime readers.
Sunday November 6, 2011
2:00 – 3:00  p.m.
Library Auditorium
Established in the fall of 2000, the Crime Wave consists of mystery writers Ellen Hart, Carl Brookins and William Kent Krueger. Between them they have published more than 30 novels and have received nearly 2 dozen local, regional and national awards for their writing.  They have toured the country several times, presenting over a hundred events and workshops at libraries, bookstores, conferences and book festivals.
Remember the Friends help sponsor the Author Series  – Go and Enjoy!
﻿

Paige can’t wait, and has patiently waited ;-), to join Bonnie Rough! She has dressed for the occasion and looks forward to welcoming you to this Friends’ Event! Hope to see you there TODAY for a very informative session.

Like Loading...
Join us for the Author Visit by Bonnie Rough at the Rochester Public Library on October 9th.
Bonnie J. Rough is the author of the new memoir Carrier: Untangling the Danger in My DNA (Counterpoint), which has just been winner of a 2011 Minnesota Book Award. You can see Bonnie interviewed on KOMO TV news online, or listen to Bonnie’s interview with Liane Hansen on NPR’s Weekend Edition.

Reviews of Bonnie’s writing has appeared in several anthologies, including Modern Love: 50 True and Extraordinary Tales of Desire, Deceit, and Devotion (Three Rivers Press), The Best Creative Nonfiction Vol. 1 (W.W. Norton), and The Best American Science and Nature Writing 2007 (Houghton Mifflin). Her essays have also appeared in many magazines, literary journals, and newspapers, including The New York Times, The Sun, Huffington Post, The Iowa Review, Ninth Letter, Identity Theory, and Brevity.
Bonnie holds an MFA from the Nonfiction Writing Program at the University of Iowa. She has taught at The Loft Literary Center in Minneapolis, Minnesota, where she became the recipient of a Bush Artist Fellowship, a McKnight Artist Fellowship for Writers, and a Minnesota State Arts Board grant.
She has traveled extensively and calls three cities home: Minneapolis, and Amsterdam, and Seattle, where she currently resides. On her blog The Blue Suitcase, she writes about the life and adventures of an airline family. 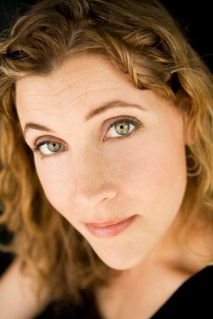 As Bonnie J. Rough and her husband consider becoming parents, their biological legacy haunts every decision. A carrier of the genetic condition hypohidrotic ectodermal dysplasia (HED), she begins a journey to uncover the complicated details of her family’s past.
Find Bonnie online:
http://www.bonniejrough.com/

Don’t forget to join Paige Turner at our Mystery Tea in the Library (with Colonel Mustard??) to solve the murder of Lord Grey!
September 22nd, Thursday
Library Auditorium
from 5:30pm to 6.45 pm
You need to pick up your free tickets in the Bookstore; this is on a first come basis only (you will need the ticket!). The remaining part of the evening, the author visit by Wendy Webb is free and open to the public. 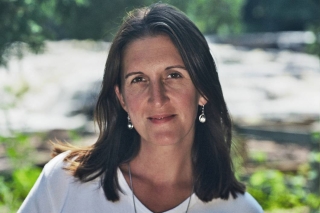 Wendy grew up in St. Louis Park and attended the University of Minnesota, where she earned a degree in political science. She traveled abroad for some time, settled back in the U.S. to work on Capitol Hill, and eventually returned to her Minnesota roots.
Find Wendy Webb online:
http://www.wendykwebb.com/ 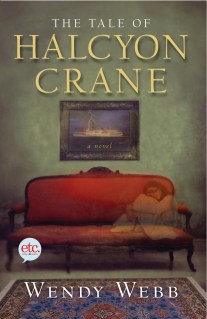 One of our recent Author Visits was hugely successful: over 125 people attended the Library Event held in the auditorium on July 28th. Kamala Nair read from her debut novel The Girl in the Garden and answered many questions about her writing process, the story itself, and her future projects. It was a great pleasure to hear her read from her work as well. Everyone enjoyed the glimpse of the Indian culture, both in her book and at our event : fabulous foods were prepared by family and friends, Anu Nair, Celia Kamath and Athira Nair and others. The cardamom cake in the shape of Kamala’s book was outstanding, both in taste and appearance!We can’t thank you enough for adding to all our senses that evening. 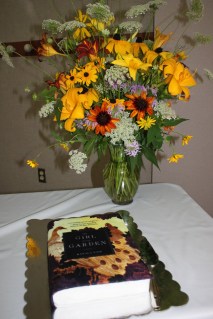 We were very fortunate to have two beautiful flower displays based on the exotic flowers of India and the book donated by Modern Designs, a local artist who creates with flowers. She kindly provided these two items as a raffle item to some very lucky people! Katherine, the Library coordinator of these events is delivering one of the special bouquets. 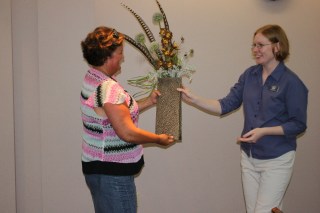 The Friends help sponsor these author visits, with their time, flowers, treats, etc. – you may volunteer at specific upcoming events, which promise to be quite exciting (Mystery Tea in September!)

Coldstone Creamery has very generously donated icecream for our Cool Reads for Hot Days programme at the Plummer House. Join us on Tuesday August 9th from 11 am to 1.30 pm.
We will have ice cream, cake, ice tea and rootbeer to melt away the dog days of summer.
There will be some wonderful silent auction items (literary pocket books, literary stationary and notepads) with book bucket raffles which will even be paired with library wine!
AND
wait, there’s more!
Elissa Elliott will also give a delightful talk on her writing, including the novel Eve.

Remember that the proceeds of this event will help support the Rochester Public Library – this time we hope to raise funds to purchase a much needed upgrade for the Children’s computers. 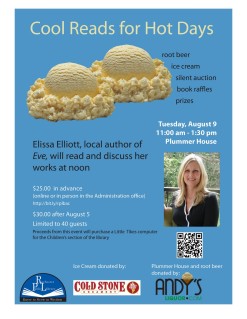 Like Loading...
Remember Kamala will be at the Rochester Public Library as part of our Visiting Author Series on July 28th, Thursday evening. Save the Date and join us for an interesting programme!